Share on facebook
Share on twitter
Share on linkedin
BarTab magazine is a place where readers (and I use the term “readers” lightly,) can go to look at pictures of their friends living it up at local bars, enjoy the wondrous musings of Bill Hoebee and David Sloan, take a silly quiz written by moi, and check out all that the island’s service industry has to offer. 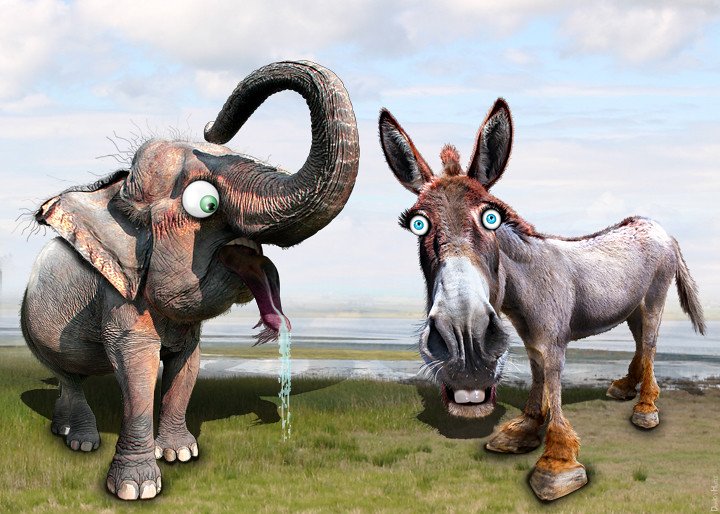 When I sat down to write this column I really attempted to find the light hearted humor in “Life in the Time of Coronavirus” and avoid dragging politics into the mix. But the more I tried to skirt the political facets of this pandemic, the more my writing felt disingenuous. I am exhausted by the politics of our time. To be brutally honest, I am exhausted by politics in the time of Donald Trump. I don’t want to talk about it any more than you do, but there are elephants AND donkeys in the room, tearing the place apart, flinging poo at one another, and I cannot keep pretending it doesn’t stink. So as I sit down to clack away at my keyboard, I am going to take off the horse-blinders, I am going to stop walking on eggshells, I am going to open my broken heart and get political.

Last night on Facebook I witnessed various Key Westers engage in heated debates over what constitutes social distancing, which politicians are to blame for not reacting or for overreacting, and which political party holds the most blame for our current state of affairs. Insults were exchanged, degrees of assholeary were assigned based on how one conducts oneself at Higgs Beach, and chests puffed up in defense of both POTUS and Pelosi. Profanity-laced tirades, too foul for print, flew back and forth between members of a community who claim allegiance to an island whose motto is “One Human Family.”

Anger is a powerful emotion, one that can both motivate us for great change, but also can trap us in a cage fight where we tear each other to pieces. I am angry too, but I want to navigate this anger in a more constructive way. I want to tell you why I am angry without calling you nasty names. I want to explain why I am hurt without being hateful.

I am angry at Donald Trump for ignoring experts, for spending months ignoring warnings from the world’s top epidemiologists of a looming pandemic, dismissing it as a Democrat Hoax. I am angry at the conflicting and often incorrect public statements he makes including his March 10th decree, (the day before the WHO declared the virus a global pandemic,) when he told the American people to “Just stay calm. It will go away.” I am angry with Fox News for downplaying the virus until mid March, which caused so many of their viewers, many of them older Americans most at risk, to disregard the severity of the pandemic. I am furious with this administration’s slow response to medical personnel’s pleas for equipment, and for dragging their feet on testing as well as enacting federal wartime legislation to build much needed ventilators.

Most of all, I am profoundly frustrated by my friends and family who continue to support Trump and this administration, who continue to turn a blind eye to the words that come out of his mouth and the arrogant-laden ignorance he expresses daily. Recently, when many places stepped-up hand washing, wiping, and social distancing measures, I was alarmed and saddened by many friends and family who dismissed these measures as excessive, liberal fear mongering. To my shock, many of them waved it off saying, “It’s just like the flu,” echoing the words of our president.

I knew there was a pandemic coming. I knew and I do not possess any medical expertise, nor am I privy to the world’s top advisors, and I’m certainly not a part of any liberal conspiracy to manufacture fear in an effort to bring down a president. I knew the pandemic was coming because people much smarter than me, people whose lives were spent studying this stuff said it was coming.

Now that the pandemic has arrived in full force, and as the US leads the world in number of positive Covid-19 cases, how can anyone still have faith in a president who got so much so wrong? How can so many people still believe in a president who refuses to lead, cannot model social distancing behavior himself, and has publicly declared that restarting the economy takes precedence over saving human lives? How is it possible that the president’s supporters don’t see how his policies and podium ad-libs referencing bogus timelines, “groundbreaking” yet under researched medications, and suggestions of relaxed social distancing place all of us in danger?

I don’t understand how to move forward from here with friends and family who continue to defend the Trump administration. It makes no sense to me how so many loved ones who I know in their hearts are empathetic beings and I know in their heads are intelligent creatures, could so steadfastly continue to support this president. Continued allegiance to this man by people in my life quite frankly breaks my heart. It makes me question not only our friendship, but their humanity, and yes, their mental faculties as well.

Before 2016 so many of us were able to be friends despite our political differences. What has changed? We liked each other well enough before. I wish we could go back to simply “agreeing to disagree” but the stakes now are much higher. It’s not just donkeys versus elephants, it’s life or death. There are so many unknowns here but I do know if we are to get to the other side of this, it has to be together and in order for that to happen we must not lose our civility. Bashing Mitch McConnell and Alexandria Ocasio-Cortez has not brought us any closer to solutions, nor has beating the Benghazi or Collusion drums.

I might hate your politics, but I don’t hate you. I don’t know how to be your friend during these times, but I will not be your enemy.

Please don’t send me a conservative diatribe on the evils of Hillary. Also, I don’t need anymore Neo-liberal articles on the evils of Trump. If you message me just to hurl insults at me, you should know that BarTab Larry has a boomerang filter on my email account and I’m rubber, you’re glue, etc. If you do, however, have some advice on how to bridge the gap and get along, all suggestions are welcome. 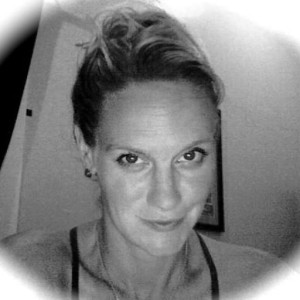 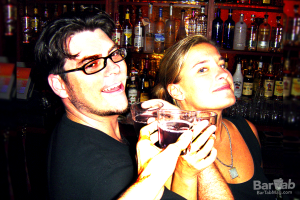